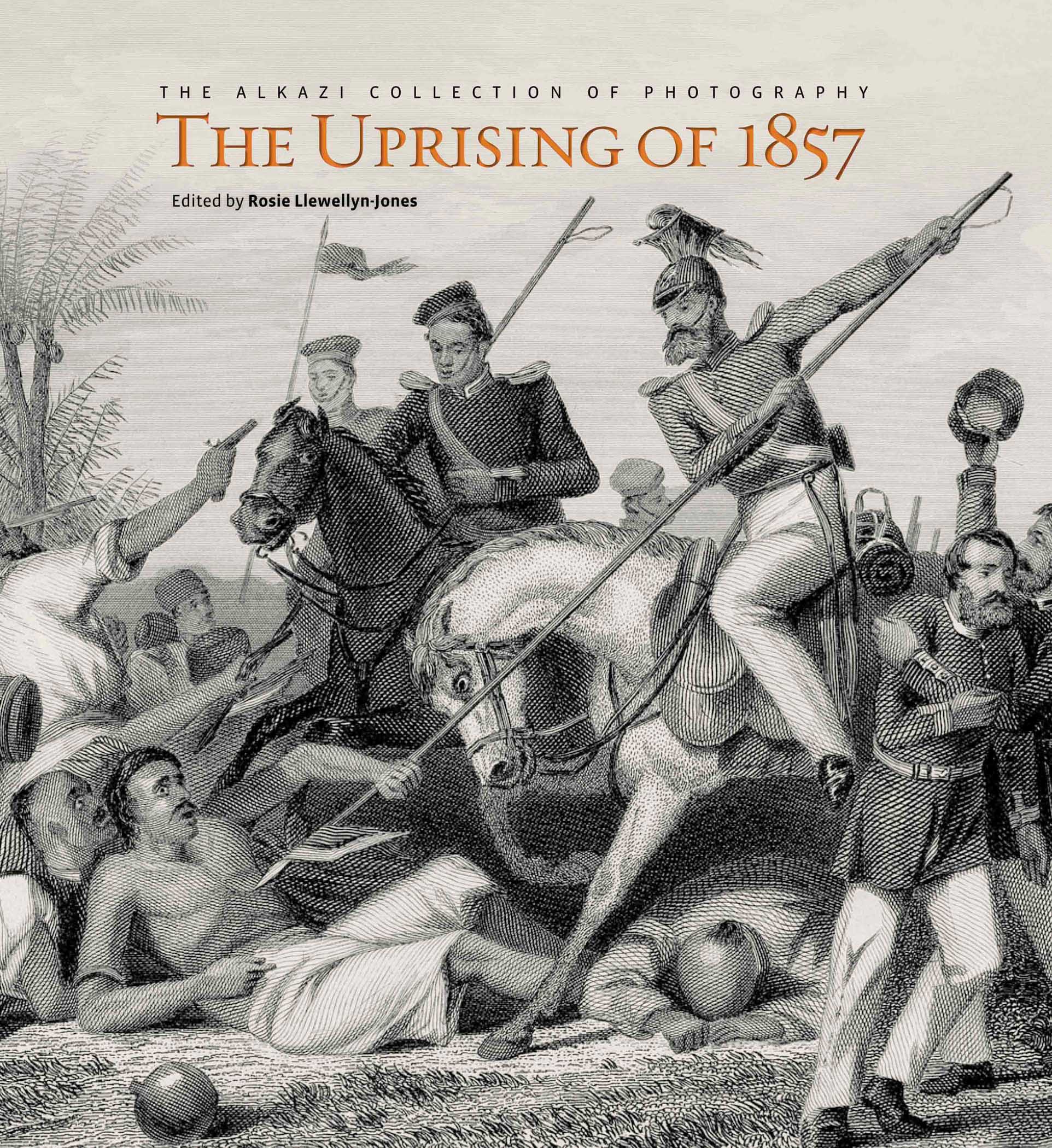 The ‘sepoy revolt’ was among the first fully photographed wars in the history of documentary photography in India. This volume offers multiple perspectives on the ‘Ghadar’or Uprising of 1857, and deconstructs the grand narratives associated with colonial historiography. Using rare archival photographs from the Alkazi Collection, together with supplementary visual material, these essays re-evaluate the ‘evidence’ and official reading of the Uprising.

Linked accounts negotiate ‘Mutiny’ landscapes and architecture: the internal dynamic of the rebellion decoded through topography and monuments, including memorials, cemeteries, churches and forts, as well as the sites of appalling atrocity and retribution—besieged barracks, burning villages, gallows at crossroads and looted palaces.

Along with rebels, British troops and their determined generals, and various professional and amateur photographers caught up in documenting the turbulence, the dramatic vista of the Mutiny in these essays is also inhabited by a range of significant characters to the action, including the warrior queen Lakshmi Bai, the exiled last Mughal Emperor Bahadur Shah Zafar and the poet Mirza Ghalib.

Rosie Llewellyn-Jones read Urdu and Hindi at the School of Oriental and African Studies (SOAS). Her PhD was subsequently published as A Fatal Friendship: the Nawabs, the British and the City of Lucknow in 1985.  She has written extensively on India during the colonial period, and edited Lucknow, City of Illusion, the first book in the Alkazi Collection of Photography series (2006). She was Secretary of the British Association for Cemeteries in South Asia (BACSA) for ten years and is the founder and editor of its Journal, Chowkidar. She is based in London, visiting India regularly.

Shahid Amin is currently visiting Professor in history at Columbia University, New York and was Professor of History at Delhi University.

Mahmood Farooqui is an Indian writer and director. He specializes in a type of storytelling known as ‘Dastangoi’.

Nayanjot Lahiri is Professor of History at Ashoka University. She is the 2016 awardee of the John F. Richards prize for her book Ashoka in Ancient India.

Andrew Ward is an American writer of historical nonfiction. He is a former contributing editor to Atlantic Monthly and columnist for the Washington Post.

Tapti Roy is an academic professional with over thirty years of experience in teaching and research. She is the author of The Politics of a Popular Uprising: Bundelkhand in 1857 (1995) and Raj of the Rani (2006).

Susan Gole has been the Chairperson of the International Map Collectors Society for nine years, as well as the Editor of their journal. Gole has written extensively on the pre-1800 cartographic traditions of India in publications such as Early Maps of India (1976) and Maps of Mughal India (1990).

Stéphanie Roy Bharath is a photo researcher and has studied Art History in Paris and London. She was previously Curator of the Alkazi Collection of Photography in London.