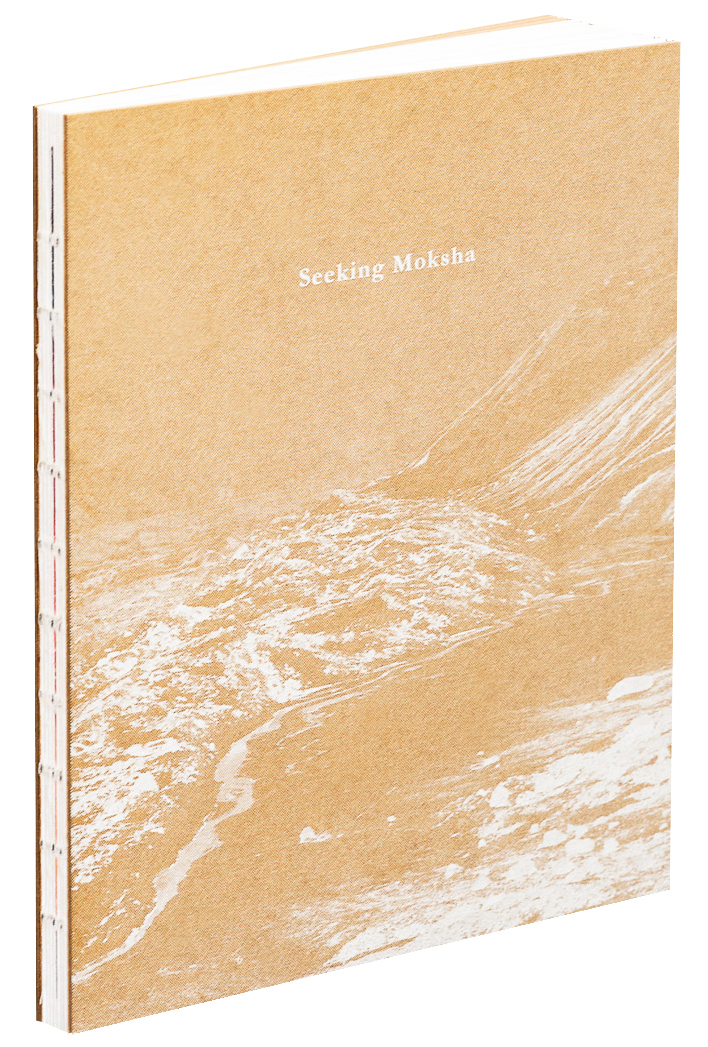 In 2011, I walked to the source of the Ganges, the Gomukh Glacier in the Himalayas to collect water for my grandfather, a Hindu priest, who was then on his deathbed. With hope that the water would be a means through which he could forge a resounding connection with the landscape, one that he was never able to visit- I realized upon my return that he had lost his memory and could not even recognize his grandson.

In subsequent journeys over five years, I fantasized about spending my life as a hermit and even ruminated with the idea of finding a cave to live in. Whilst collecting objects and gathering experiences, archived in the form of photographs, flora, rocks and salvaged notes, I offered these fragments, as veritable talismans, to those close to me, in an attempt to carry them, in spirit, to the source of the object’s origin.

This photo series and now, publication has evolved as a consequence of these journeys and reflects my encounters with hermits, pilgrims and spiritual seekers, all of whom seemed more lost then found in their search for transcendence, as perhaps I was too….

Nishant Shukla is a British-Indian visual artist and photographer currently based in New Delhi. His personal body of work addresses questions of identity, origins and essence through an exploration of the margin: peripheral times, spaces and people, commemorated with images and objects, and entangled into his own journey. In 2009, he was selected for FreshFaced+WildEyed at The Photographer’s Gallery (London), focusing on emerging talent in the UK.

Nishant is also a co-founding member of BIND, a multimedia collective based in India. While running a public photobook library for the region, BIND is interested in fostering new narratives, developing original practices and using inventive forms of engagement with the medium.