The Photograph: Painted, Posed and of the Moment 29 February – 21 March, 2008 National Gallery of Modern Art, Mumbai

This exhibition aimed to explore the development of the embellished image in India through the painted photograph, a 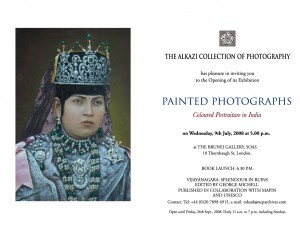 genre that marks a significant chapter in the history of Indian photography. A crucial embodiment of the colonial encounter, these images abet the notion of modernism in visual practice at the turn of the 19th century.

With the successful incorporation of the Indian traditions of illumination in painting, the painted photograph slowly emerged as a self-sustaining convention, a meld of realistic documentation and artistic manipulation that was also a legitimate expression of popular culture. The bold alchemy of brush and lens enabled a riveting third artefact, a synthesis of painting, photography and printmaking- modern art forms that affirmed the links between regional imperatives, technological innovation and the urban market.

Indian photographic studios developed their own ateliers and workshops much in the manner of the traditional Mughal and regional ‘schools’ of painting. They adopted particular styles and devised distinctive provincial traits and palettes.

With exposure to both indigenous and European styles as well as to the newly evolved scientific protocols of imaging, ‘native’ commercial and professional artists and ‘artist-photographers’ steadily developed an idealised and formal photo-canvas, a monochromatic ground that simultaneously resists and yields to a layered impasto of colour. Thus, liberating the aridity of black and white photographs, which did not meet the Indian expectation of colour in art. Meticulously staged and ornamented photographs gradually initiated a new visual paradigm by catalyzing a form of hyperrealism in both art and photography.

The range of exhibits comprised of works from several royal principalities located between north and central India, primarily Rajasthan, Maharashtra and Gujarat. It also included images of commercial photographic studios in Bombay and Calcutta. Ranging from aspects of kingship to modes of art practice, these images highlight a unique facet of the British Raj from the 1860s to the 1930s. 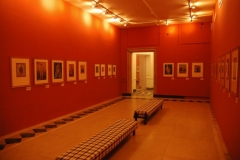 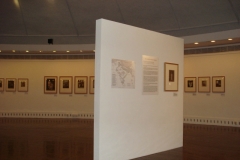 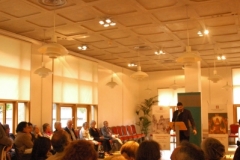