The Surface of Things: Photography in Process

The experimentation with a light sensitive surface eventually led Joseph Nicéphore Niépce (1765-1833), inventor of the first photograph– a heliograph – to create a copy-image of a view through his window in Le Gras in 1826. 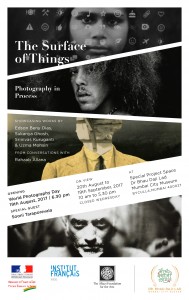 Almost 200 years hence, to usher a festival of photography during Bonjour India 2017-18, this exhibition invoked the birth of an analogue visual form through a process-oriented exhibit, featuring the works of 4 contemporary artists – Uzma Mohsin, Srinivas Kuruganti, Sukanya Ghosh and Edson Dias.

With every successive generation, photography has worked within set of conventions, but it has also consistently broken norms, reinterpreted histories and forged a fresh representation of reality. It imbibed cultural and political agency by dealing with aspects of spectatorship, autobiography and subjectivity. The images exhibited intended to invite readings on the process of image making, suggesting the medium’s potential to equate socio-historical concerns with personal positions at a time when the daily production of images through social media had reached an unprecedented, explosive scale – marking the birth of a new maker as well as an ever-growing audience.

The conversation about the medium here veers from usage to intention; practice to purpose, initiated through the interstitial territory of memory making wherein technology, the archive and history meld into a contemporary composite, a layered form. Montage, multiple exposures and the social documentary mode together challenged the claim of any one voice, or singular reading. An intended departure from linearity and narrative hence marked their incremental and studied approaches – lives reconstructed through images by seeing them repeatedly disclose, fragment after fragment, detail after detail, a projection of self as a reference to the world.

The questions being raised through the content, which will be generated specifically for the exhibition or culled from existing archives of the photographers, dealt with practices of new media, as well as the image as an object of historical value and hence, cultural relevance. The exhibition questioned not only the essential form of photography that changed over time, but, incidentally, the situations in which it was placed which also changed their meaning. Experimentation is therefore an essential part of a larger concern about contemporary ways of ‘seeing’, and what we may learn from the past – in order to make propositions for the future. 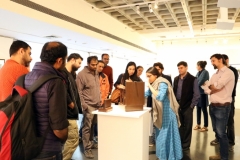 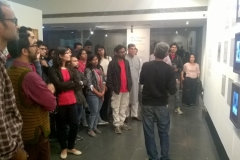 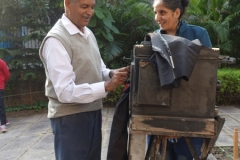