Paper Jewels: Postcards from the Raj

This exhibition was organised by Dr. Bhau Daji Lad Mumbai City Museum in collaboration with The Alkazi Foundation for the Arts.

The rise of the picture postcard in the 1890s heralded the birth of a ubiquitous, new media form. Not only is it associated with the invention of photography 50 years prior, and the mass-produced Kodak camera that came out in the 1880s and greatly democratized photography; illustrated postcards also established a swift channel of communication between families, friends and businesses across the world.

While printing technologies like rapid press lithography were being exploited by small workshops and artisans in European and Indian cities, the very first advertising postcards of the subcontinent were apparently published by the Singer Manufacturing Co. in 1892 for the World Columbian Exposition in Chicago in 1893. The Exposition also marked the first official exposure of America to India: Swami Vivekananda explained Hinduism in a series of historic lectures, and the painter Raja Ravi Varma won a Gold Medal.

Probably the earliest from an Indian-based publisher was the postcard ‘Greetings from India’, seen in the exhibition by W. Rossler in Kolkata from around 1897.  Billions of postcards exchanged hands between 1898 and 1903, and postcard production in Germany went from under 100 million to almost 1.2 billion/year, two postcards for every single person on earth. The story of the picture postcard in India is closely intertwined with that of Germany and Austria, where most image postcards were first printed. Their very nature was international: a photograph was sent to Dresden by a publisher, postcards were struck from it by a printer and shipped back to Jaipur, then sold outside the Hawa Mahal to a tourist who later mailed it from Mumbai to London, due to arrive in two weeks, a minor miracle for a few annasor pennies.

This exhibition charted the life of the postcard in major metropolitan cities across India, as well as associated themes of urbanism, art practice and popular culture, industrialization and tourism, social transformation and eventually, the rise of freedom and nationalism.

The exhibition began with a representation of the Presidency states and then covered the larger South Asian ambit of postcards in Ceylon. The second section was devoted to images of Mumbai (erstwhile Bombay), seen not only in the cityscapes and elite communities but also the mythological, allegorical works of Ravi Varma, who founded a Press just outside the city. The artistic renditions of M.V. Dhurandar, who spent his entire professional life in the city were also on display, – marking the 151th year of his birth. The last section explored popular images from the hills stations (Shimla, Ooty) and Kashmir, and concluded with images from the Independence movement. 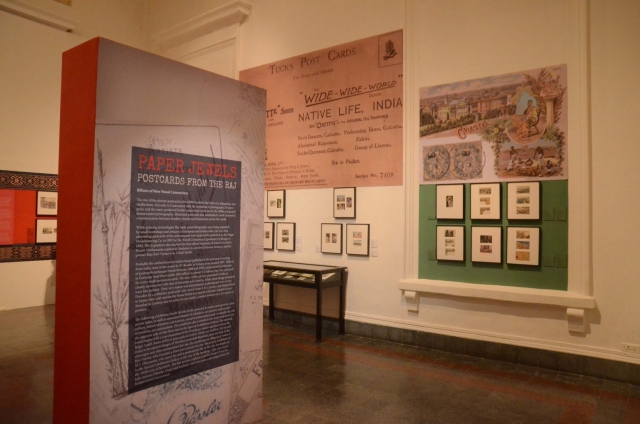 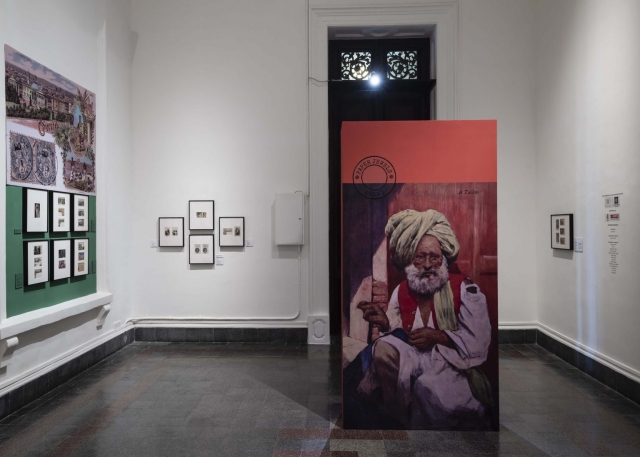 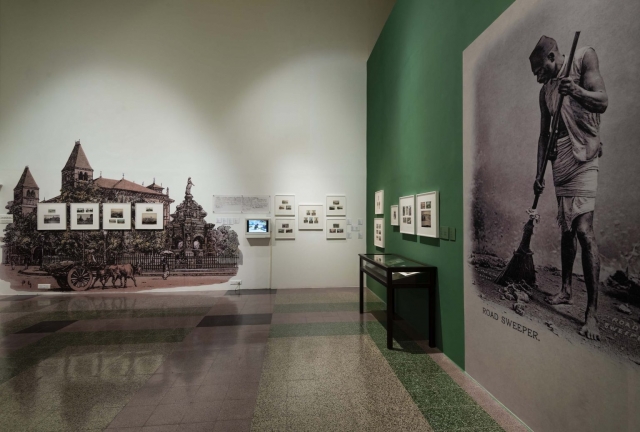 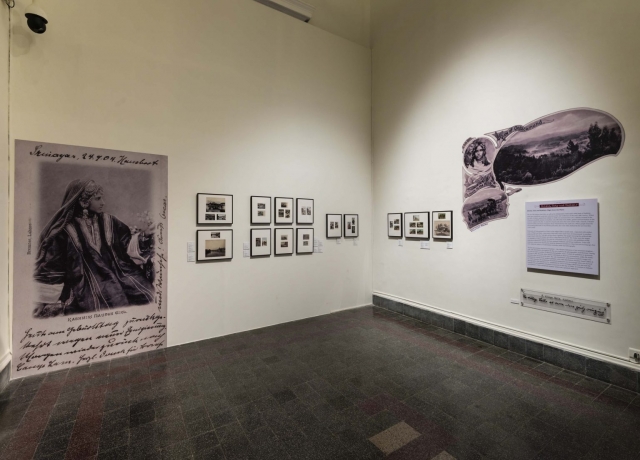 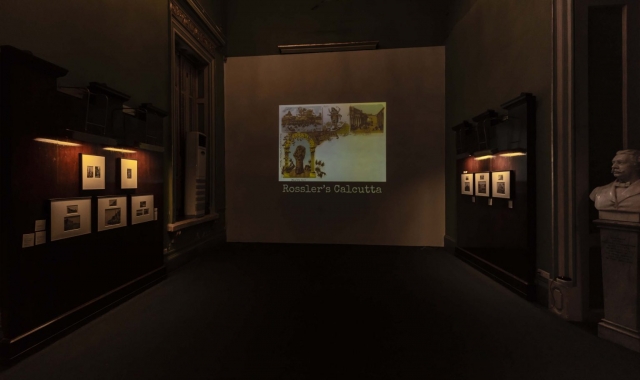