EVEN AFTER INDIA ceased to be a colony, the cultural presence of the British lingered on; in exclusive spaces like the Delhi Gymkhana Club where Indians of ‘social standing’ were allowed membership only after independence. Having spent the day photographing Delhi’s political life, Homai Vyarawalla would spend her evenings in another world. Changing her khaddar sari for a silk one, she would set out on her cycle to attend parties and social events organized by expatriates who belonged to the various diplomatic missions in the city. This section depicts the spaces of leisure and recreation that she photographed. These included dances, theatre, festivals, fancy dress parties, boisterous games and fashion shows. Many of these photographs appeared in the `society’ magazine, Onlooker while the tabloid Current requested that she photograph “good looking Delhi women” and “action pictures” of city events.

In these events, Britishers and `Elite’ Indians would discard all formality and let their hair down. Fancy dress parties created a world of fantasy as people donned masks to take on identities different from their own. Some invited her to take photographs of a Christmas spent with family. Others wanted her to capture vignettes of their stay in India complete with the comforts of palatial homes and liveried help. While most of the people in these photographs would never see India again, they developed deep friendships with her that lived on through letters. Vyarawalla’s photographs would travel back with them and tinged with nostalgia rest on mantelpieces ‘back home’. They would be repositories of memories of a home and a life in another time and place. 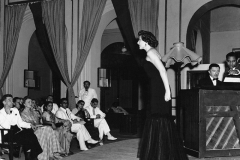 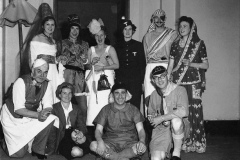 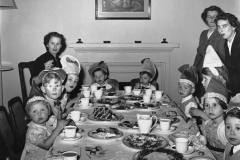 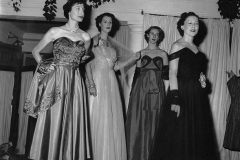 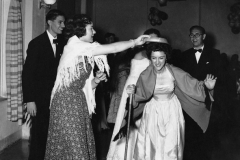 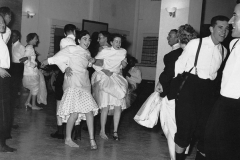 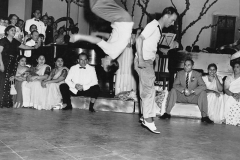 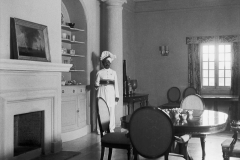 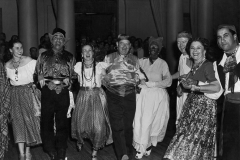