ON JANUARY 30 1948, Homai Vyarawalla had set out on her bicycle to cover Gandhi’s prayer meeting at Birla House when her husband called her back. The decision to turn back would haunt her for the rest of her life. Gandhi was assassinated at that prayer meeting. His death was a tragic loss for the country and a personal one for Vyarawalla who admired him deeply. She had photographed many of Gandhi’s prayer meetings before. Was she not meant to be there for this one? Strangely, not a single press photographer was present at Birla house that evening. Was it because some photographs were never meant to be taken?

Delhi had been rocked by the violence of Partition. Homai Vyarawalla had witnessed the anarchy from close quarters but had never photographed it. Her rented home in Connaught Place was owned by a family that had to flee and take refuge at the camps in Purana Qila. She, like many Parsi tenants, stood between the looting mobs and property owned by Muslims.

On June 3 1947 it was announced that India would be Partitioned. Later that month, the Congress Working Committee would meet to ratify this plan by a show of hands. It was this meeting that Homai Vyarawalla shot extensively thereby chronicling one of the decisive moments in the history of Partition.

Many of the photographs that Vyarawalla shot in August 1947 are now the iconic images through which we have learnt to recognize the `heroes’ and ‘architects’ of India’s Independence. In this selection, they are juxtaposed against crowds of ordinary citizens. Crowds that gather anxiously for news on the Partition, cheer Nehru and Mountbatten outside the Parliament, celebrate the flag hoisting at the Red Fort and wait to catch a glimpse of the slain Mahatma Gandhi for the last time. 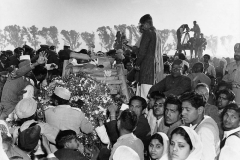 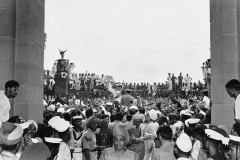 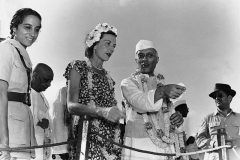 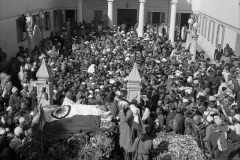 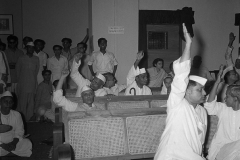 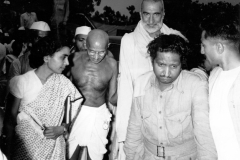 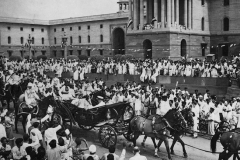 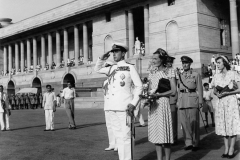