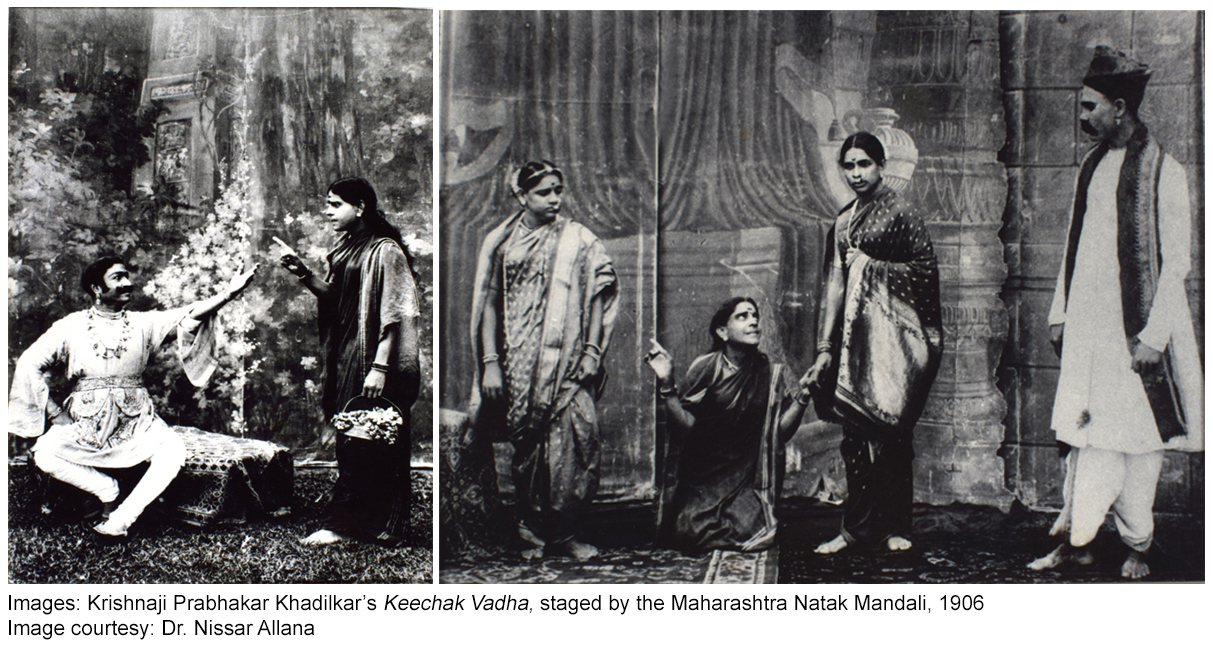 In the month of August, the Alkazi Theatre Archives will look into the socio-political histories of the Indian Independence through the lens of theatre, which reflect questions on nationalism, freedom and the Partition.

During the height of extreme nationalism in Maharashtra (1897-1913), theatre became one of the most popular modes for mass mobilization and the plays/performances were often proscribed or suppressed at the police level under the Bombay City Police Bill (1898).

In 1906, a year prior to the Surat split and with the background of Swadeshi Movement, Keechak Vadha was written by Krishnaji Prabhakar Khadilkar, a close associate to Tilak and staged by the Maharashtra Natak Mandali. The play narrates a Puranic episode, when the Pandavas were in exile and serving as servants in the court of king Virat in disguise. Their condition was compared with the Indians serving as slaves under the colonial government; Keechak symbolized Lord Curzon and Draupadi, the partition of Bengal (1905). Draupadi’s dialogues conveyed the oppression to which the country was subjected to. Draupadi’s plea to Yudhishtir and Bhima to take up arms and crush Keechak, who initiated her violation, was a direct appeal to Gokhale and Tilak, the moderate and the extremist nationalist leaders of Maharashtra. The play was successfully staged innumerable times without catching the government’s attention until 1909. Initially the play was perceived as a narrative reflecting on the split between the moderates and the extremists. However, the increased staging of the play, especially marking the return of Tilak, Lala Lajpat Rai and Aurobindo Ghosh from Surat alarmed the government. Additionally, Khadilkar’s long stay in Nepal, where he was suspected of manufacturing arms, marked him as the ‘most dangerous of the Extremists’ by the British officials. Keechak Vadha was officially banned in 1910.