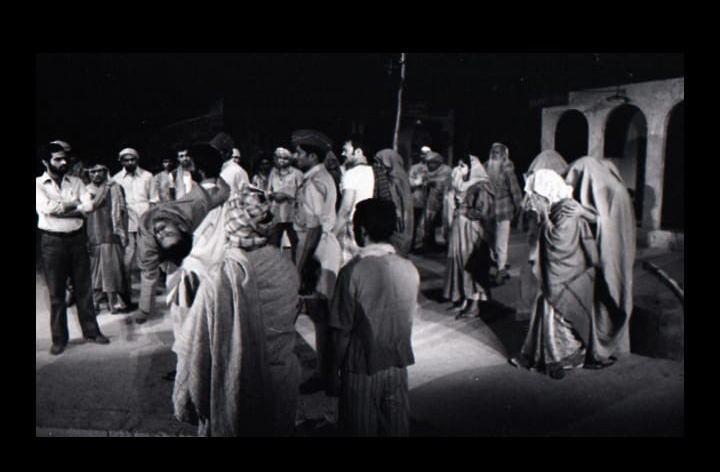 On May 27, 1977, India witnessed a ghastly chapter in the history of caste-based violence. In Belchi, Bihar 11 Dalit labourers were burned to death by a dominant caste mob, Kurmi. This incident occurred just after the Janata Dal Party came to power in the centre. A powerful commentary on this incident is Mahabhoj (The Great Feast) by Hindi author, Mannu Bhandari. She produces a realistic narrative of the Belchi incident without a singular protagonist. ”Vultures pecked at the abandoned corpse of Bisesar”, the story begins with an abandoned site of death.The narrative is set in Saroha, where Da Sahib, the acting chief minister of the state, along with his men helps upper-caste landlords and carries on exploitation of the residents, who primarily belonged to the lower-caste. Da Sahib is continuously challenged by his opponent, Sakul Babu who was voted out in the previous election. Bisesar, one of the residents of the village who is aware of the corrupt means of the political system gets killed in the process of exposing the wrongdoings. Binda, who is involved in protesting along with Bisesar, is falsely charged with murdering his friend. In the course of the case,  the superintendent of Police, SP Saxena, who is genuinely determined to find the actual culprit, gets suspended in Da Sahib’s interest.

Director Amal Allana’s production of Mahabhoj in 1982 has a naturalistic setting designed by Nissar Allana and as critic Rajinder Paul pointed out, the play is ‘neither character oriented, nor incident oriented, but situation based.’ In this stage version, the fleeting protagonist is a Ford Foundation scholar, Mahesh who is working on his thesis, ‘Caste and Class Conflict in Rural India’. The play is set in court, where Mahesh is a close observer of the trial of the murder of Bisesar and becames a witness to the aggression of caste-based politics in India, the hypocrisy of the prominent members of the government and its equation with the system of justice.