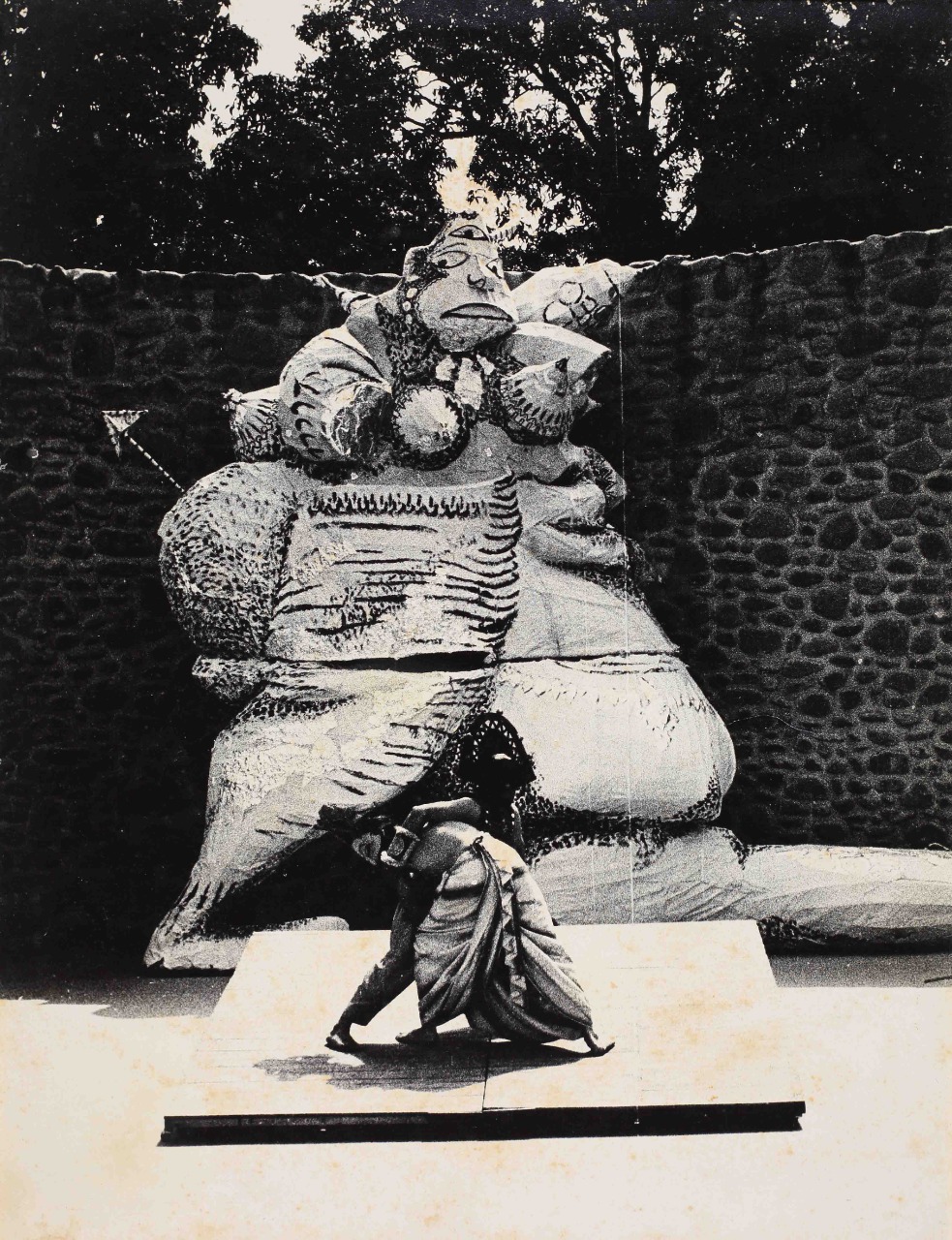 Today marks a year since Girish Karnad has passed away, but his plays have created recurring fissures in perceiving questions of human completeness and identity. In ‘Hayavadana‘, Karnad creates a dialogue between a 11th century Sanskrit text and a modern German novel, encouraging conversations about his contemporary times. The year, 1971, when this play was written, the political and economic history of India, was transitioning to a new phase, with the Indo-Pakistan war, ultimately resulting in the Independence of Bangladesh and the crucial economic campaign, ‘Garibi Hatao’ under the Congress banner, was changing economic equations in the subcontinent. In theatre too, a new turn was upsurging, with the continuous efforts to take refuge in the folk forms,in order to define a new identity for the ‘Indian’ theatre movement. One can observe that Hayavadana is one of the first plays from modern India to incorporate folk elements in its narrative.

Excerpt: Bhavavata: “What? What indeed is the solution to this problem which holds the entire future of these three unfortunate beings in a balance? Must their fate remain a mystery? And if so shall we not insult our audience by tying a question-mark around its neck and bidding it good-bye? We have to face the problem. But it’s a deep one and the answer must be sought with the greatest caution. Haste would be disastrous.”

This two-act play draws from the compilation of folk, fable and legend stories ‘Kathasaritsagara‘ by Somadeva and from Thomas Mann’s ‘The Transposed Heads’. Using both genres of comedy and tragedy, the play narrates the story of two friends, Devadatta and Kapila, who are in love with the same woman, Padmini, who in order to save their lives with Kali’s blessings, accidentally swaps their heads and eventually both friends die in a combat over who would share their fate with Padmini. Karnad’s play is multilayered. A sub-plot reveals the story of Hayavadana (horse-head) who wishes to turn to a complete human. With the twist of plot, Kali granted Hayavadana the completeness of a horse’s form.