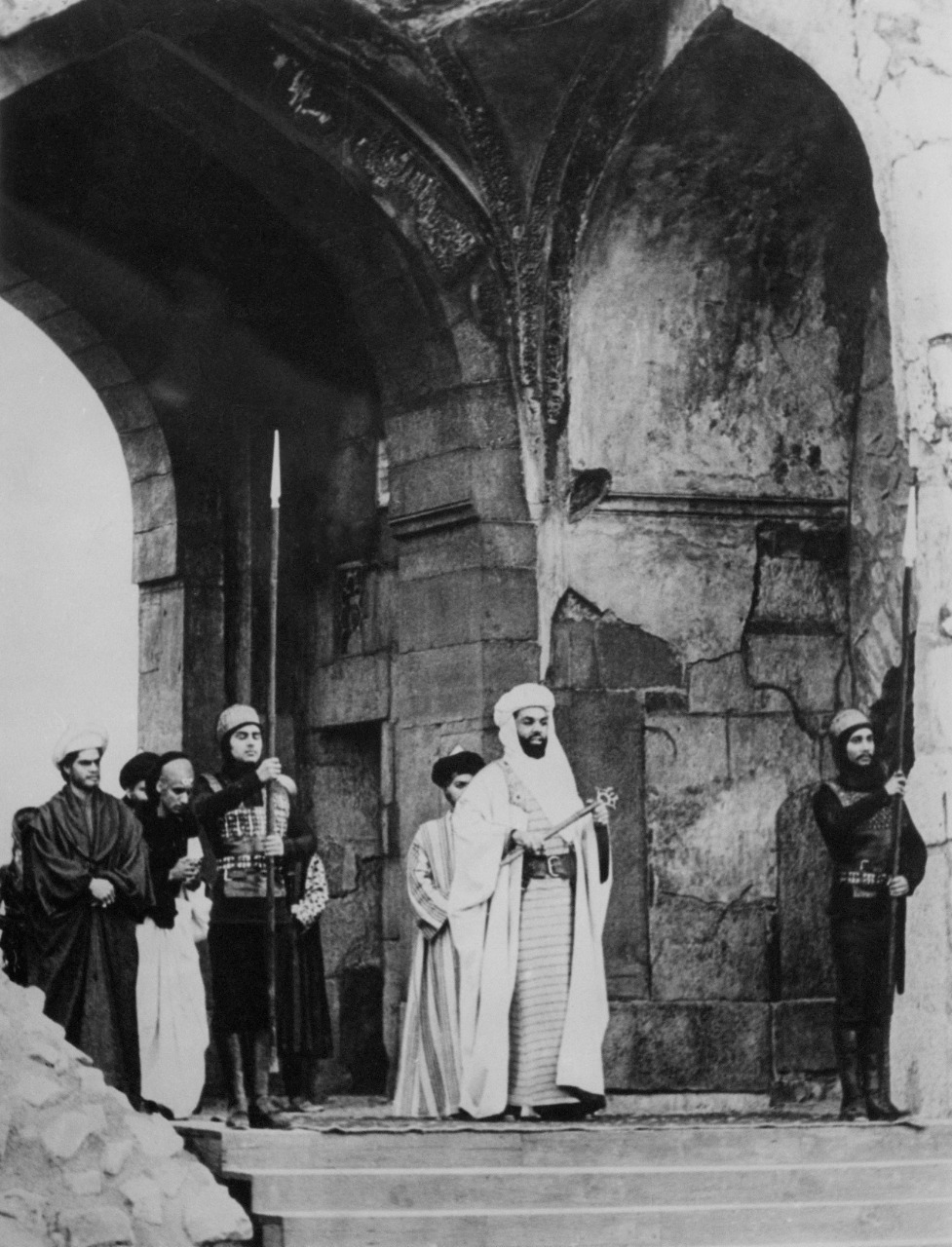 The 10th of this month marks a year since we have lost one of the veteran Indian playwrights, Girish Karnad. A follower of the philosophy of Krishnamurti, Karnad often used the tropes of myth, history and folklore to counter traditional rigidities of socio-political and familial structures. This month the Alkazi Theatre Archives, shall look into three plays written by Karnad and their proscenium renditions. The playwright wrote in the southern language of Kannada and most of his plays have been translated to other Indian languages and to English.

Tughlaq, the second play written by Karnad in 1964, documents and portrays episodes from the reign of the 14th century sultan, Muhammad bin Tuglaq, whose rule has been designated as ‘one of the more spectacular failures in India’s history’. Karnad in his play portrays the contours of the Nehruvian era and its politics of the sixties, with the trope of historical allegory.

Tughlaq has unfolded as a timeless play, where an episode from history, has drawn significant insights into contemporary realities. The playwright depicted the polarities of the protagonist’s characteristics and completed a full circle of the narrative, from the monarch’s rise to power to his downfall, drawing on secondary characters and leitmotifs through his dramatic interventions.

Excerpt from the play:

Muhammad: “… May this moment burn bright and light up our path towards greater justice, equality, progress and peace-not just peace but a more purposeful life. And to achieve this end I am taking a new step in which I hope I shall have your support and cooperation. Later this year the capital of my empire shall be moved from Delhi to Daulatabad.”

The crowd reacts in bewilderment. Muhammad smiles. “Your surprise is natural, but I beg you to realize that this is no mad whim of a tyrant. My ministers and I took this decision after careful thought and discussion.”